A train horn blares in the distance, disturbing the peaceful, wooded area near McAlpine Creek. A gentle, cool breeze blows the leaves to the ground and raindrops mist the air. Maybe the sun will come out. Fall is here and with it comes the time of year to visit the arts. Today I am going to see a play, but this production is not taking place in an auditorium but in a barn.

Or a barn converted into a venue, I should clarify.

When the figurative curtain rises on Shepherd Shakespeare’s production Twelfth Night In MoRa’s barn we see a six-man ensemble playing the roles of 12 characters. It’s a fun, rowdy performance that engages the audience.

As Feste, a jester played by Scott Tynes-Miller, delivers his monologue, a baby in the audience babbles his approval, to which Tynes-Miller replies, “I know, right?” without missing a beat. He later persuades the audience to sing with him in order to take away one of the stage characters.

Each actor in the play thrives on this signature brand of immersive comedy, making it a fun adventure for the whole family. For Chester Shepherd, co-founder of Shepherd Shakespeare, this has always been the goal.

“We’re trying to present something here that’s for the whole family, that’s faithful to Shakespeare and that we don’t dumb down at all, but present it in a way that has the energy and the comedy – the kids can enjoy it, too,” he said.

This is one of the major differences between Shepherd Shakespeare and the Actor’s Theater of Charlotte (ATC), with which many of the actors on stage have a history.

Known for their quirkier displays, ATC can’t often be described as family-friendly, but that doesn’t detract from the importance and excitement of their productions.

Because of their past at ATC, Jeremy DeCarlos, Leslie Giles and Tynes-Miller jumped at the chance to work with Chester Shepherd on his latest production.

“History was made,” DeCarlos said when discussing the audition Twelfth Night.

Shepherd co-founded Shepherd Shakespeare with his wife Katy in the spring Twelfth Night is the company’s first serial production. It runs until October 30th. Both co-founders had worked with ATC many times in the past and hoped to continue working with them in the years to come.

Unfortunately this will no longer be possible.

On September 19, ATC announced that it would cease operations at the end of its fall production Evil Dead: The Musicaland cited the impact of the pandemic and dismal ticket sales since productions resumed as reasons for the closure.

Then Hurricane Ian delayed the start of its final production. Originally planned to debut evil Dead On September 29, the company was forced to postpone opening night to October 5 due to weather concerns.

News of the closure was met with varying degrees of disappointment. “In a way, it’s like a loss in the family,” Tynes-Miller said.

As with DeCarlos, Giles and Shepherd, Tynes-Miller anticipated future collaborations with the Actor’s Theater of Charlotte. Collectively, the group of artists agreed on one word to describe the sudden announcement of ATC’s closure: tragic.

“I would have called immediately,” Giles said.

The eagerness to work with Actor’s Theater stemmed from a number of things, including the lurid nature of the storytelling and the content of those stories.

“I took great pride in the fact that the shows that the Actor’s Theater produced were very timely and relevant to the Charlotte community,” said DeCarlos, who held what he calls a “soft 18-year residency” at ATC .

“Things that we’ve seen here — things like gentrification, things like class and mobility, race and justice — you could always count on the Actor’s Theater to have at least one production this season that addressed something that spoke directly to it the pinnacle of that was the language of the community.”

Both Tynes-Miller and DeCarlos expressed concern that many important stories could remain untold after the company’s closure.

In a statement from ATC chief executive Laura Rice, who announced the closure on Sept. 19, she emphasized that she hopes other local folks in the theater community will fill the storytelling vacuum left by the company’s closure.

“For decades, we have been able to showcase Charlotte’s wide array of local talent while providing a home for working artists to tell contemporary stories and entertain residents,” wrote Rice, who took over after the longtime executive director Chip Decker resigned in July.

“I hope ATC’s journey has eased the path for another theater company to fill the void we are leaving. With Charlotte’s theater and arts scene growing every day, I have no doubt other businesses will continue to thrive in our absence.”

The trick for any company looking to fill this gap is to learn how to navigate a post-pandemic world. Like many other businesses and organizations, the Actor’s Theater of Charlotte suffered badly from the pandemic, but they weren’t alone. Theater companies across the state suffered.

“When the pandemic hit, I saw six projects drop out of my schedule overnight,” DeCarlos said. “And that was the rest of my year.”

Everyone in the group agreed that while audiences have returned to some degree, the level of reception isn’t what it was before the pandemic. However, there is still hope that they will make it again… eventually.

Meanwhile, these actors told Queen City Nerve they will continue to work with Shepherd Shakespeare and other local businesses whenever possible.

“I think what I also love about Shepherd Shakespeare is that you get that same sense of caring [that ATC had] for actors,” said Giles. “Above all, making sure the actors are taken care of, have what they need, and that in turn drives the actors to give 100%.”

The relationships DeCarlos, Giles and Tynes-Miller forged with ATC gave them access to auditions and roles that they now have to work hard to fill.

While the formation of Shepherd Shakespeare may help, it is still a new venture and will take time to reach the heights of ATC, which formed in 1989 and was midway through its 34th season at the time of September’s announcement found.

Meanwhile, the three players anticipate rebuilding what will be lost.

“It’s going to have to be a time of learning how to relocate within the theater community and just keep up with what the rest of the community is doing,” DeCarlos said. “Getting into those auditions, revising new connections — so it’s basically going back to the audition room.”

Forever Memories from the Actor’s Theatre

Among the many things any actor will take away from their time at ATC are the memories and lessons learned. Both had fond memories of working with ATC, most of which consisted of building long-lasting and impactful relationships.

For Giles, ATC reunited her with her old college classmate and colleague DeCarlos.

Tynes-Miller did not meet his wife, Three Bone Theater co-founder Robin Tynes-Miller, through ATC, but he was allowed to perform with her.

“We were fortunate to be cast once for the same show at the Actor’s Theater and we got to play in many different ways characters very different from ourselves and not a couple and so it was just a fun little part of ours relationship.” he said.

Recalling his fondest memory, DeCarlos whistled and said he had a lot, but one stood out.

“We didn’t produce anything, but we had this wonderful corporate, cast party, like that Fourth of July party. I’ll never forget being on the roof of the Actor’s Theater and watching the fireworks with my dog ​​in my arms,” ​​he said. 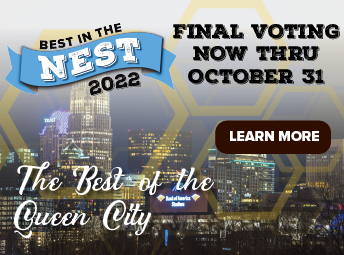 They all agreed that working at ATC is like working with family. The theater community is tight-knit and the void that ATC will leave will be felt.

Scott Tynes-Miller believes another company will step up to fill that void, and hopefully audiences will return to support the communities.

“But how long that takes, no one can imagine,” added DeCarlos.

The rain has subsided, but the wind has picked up and the temperature has dropped. The sun never came out. People pack up the set, pack their bags and get on with their lives. Another train horn blares in the distance, heading for a destination we cannot yet see.

Become a nerve member: Get better connected and become a member of Queen City Nerve to support local journalism for just $5 a month. Our community journalism informs you through a range of different voices.