In July 2013, a young, skinny Giannis Antetokounmpo had just played in his first NBA Summer League after being drafted 15th overall by the Milwaukee Bucks. Before getting dressed for his first NBA game, Antetokounmpo donned his official Bucks uniform for the first time during the NBA’s annual Rookie Photoshoot, where rookie rookies have official photos taken to use in their panini rookie trading cards can use.

Celtics team photographer Brian “Babs” Babineau has been involved with the shoot since 2012 and recalls photographing a young Antetokounmpo before he became the Kia NBA MVP and Champion that he is today. 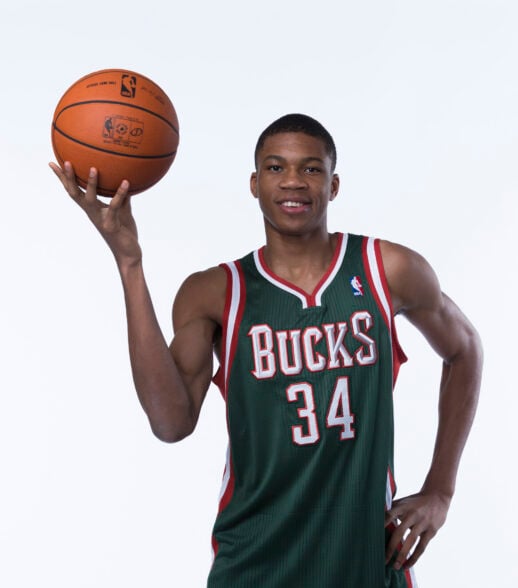 Giannis Antetokounmpo at the 2013 Rookie photoshoot.

“If you photograph these children, they haven’t proved anything,” Babineau said. “They haven’t even played in an NBA game. Giannis looks like a completely different person than on that day. Just to see how much he’s grown as a person and as a superstar, it’s cool to see you’ve been with him on this journey from day one.”

Like a young Giannis in 2013, the 2022 rookie class is gearing up for preseason. The official photos of this class were taken in July at the rookie photoshoot held during the Summer League in conjunction with the NBA’s rookie training program. They join a long list of newcomers who have participated in filming since filming began in 1994.

The longevity and success of the shoot is largely due to Joe Amati, NBA Vice President of Photography, who has managed all aspects of the shoot since its inception in 1994 – from equipment to hiring photographers to liaising with the operations department of the venue and league partners. He describes himself as the “air traffic controller” between players, staff and the various stations on the set.

Amati recalls the very first shoot in 1994 during the rookie years of Grant Hill and Jason Kidd, which began when the NBA photo team wanted to take photos of players in their NBA uniforms ahead of the fall team media days. The shoot was attached to the rookie training program, for which the NBA brought together rookies in various locations around the country in advance of the season.

“The very first shoot was in Florida,” Amati said. “I remember going to Florida with the Orlando program that year to explore a college gym that had the requisite basketball courts and would allow us to close it down for a few days.” 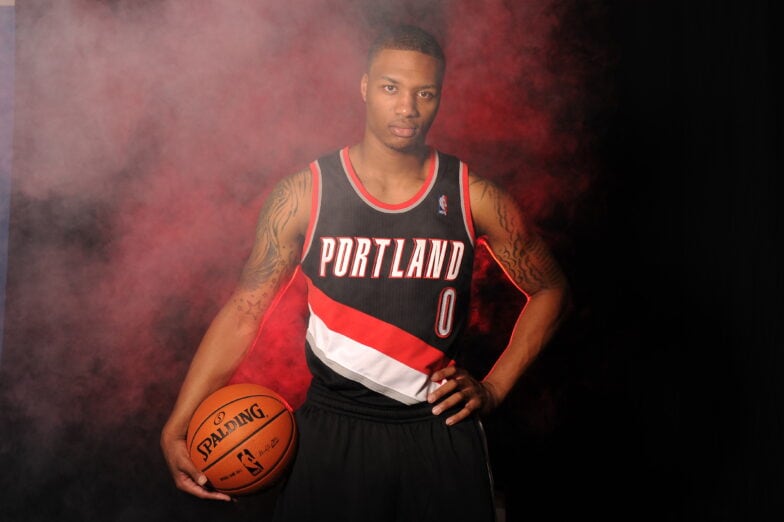 The primary reason for an earlier shoot was to get new photos of the rookies in team uniforms for the league’s trading card partners, rights now exclusively owned by Panini.

Ken Seitel, who manages the NBA’s partnership with Panini, says the rookie cards are the highest performing in the trading card business and are also treasured by players as keepsakes ahead of their first NBA season.

“Panini does something called ‘Next Day Cards’ where they take photos of all 40 rookies early in the day and then make the cards for the rookies to sign. Panini sells some of these, but also gives each newcomer their own menu on the same day. They should see the smiles on their faces when they get them,” Seitel said.

The earlier photoshoot date also allows the league and media to have rookie photos for pre-season preview footage. 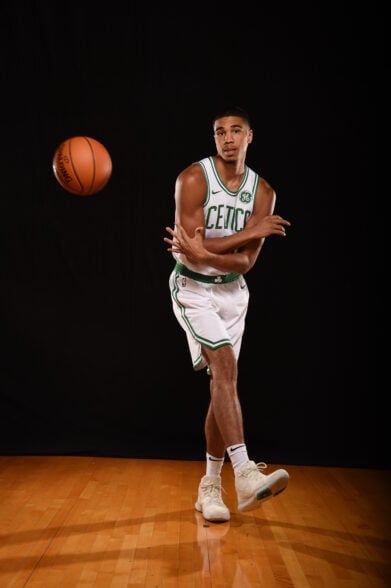 Rookie Jayson Tatum was shot and killed by Babineau in 2017.

A lot has changed since the first shoot in 1994 to this year in 2022, according to Amati. The first is that the shoot and the Rookie Transition Program are now part of Summer League in Las Vegas. Also, filming began with photos only, with players moving through various stations to obtain portraits and recreated gameplay images. Now in the digital age, there are interviews and video components for social and web.

“What’s great now is that with everything that’s digital, there’s this instant distribution,” Amati said. “We get the players’ photos instantly for their channels, the teams for their accounts and for our own. It’s turned into a tremendous content opportunity for everyone involved.”

The planning for the shooting is year-round. But for Amati, his primary focus will be after the Finals, when another rookie class is welcomed into the NBA via the draft. 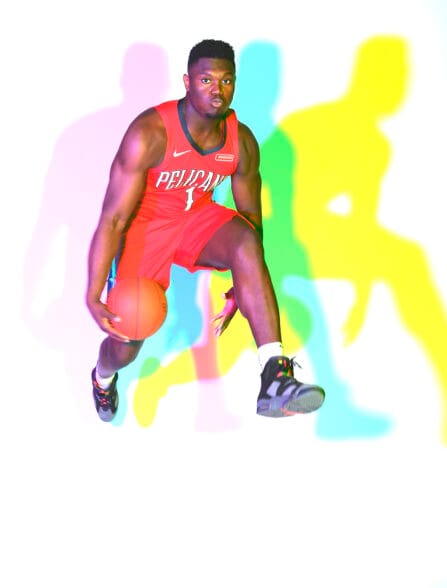 Zion Williamson was shot dead by Babineau in 2019.

“We now have a blueprint for how we will attack the event,” Amati said. “For me, it’s really about doing whatever it takes to make talented people do what they do best. I am confident that over the time that I do this we can anticipate what we will need and how we will do it.”

One of the many talented people that Amati aspires to work with year after year is Babineau. Amati said he will come to him every year with new and unique ideas on how to capture the players.

“The first year I did the shoot, I photographed the guys coming out of the smoke, with the smoke matching the color of their team,” Babineau said. “People loved it. Now every year I hear the same people asking me, ‘Oh what is Babs going to do this year’ or ‘How is he going to top it next year?’”

For this year’s shoot, Babineau came up with the idea of ​​using double and triple exposures of the players poking fun at the gameplay. The end result looked like the rookies diving into themselves or like there were three of them in a picture. 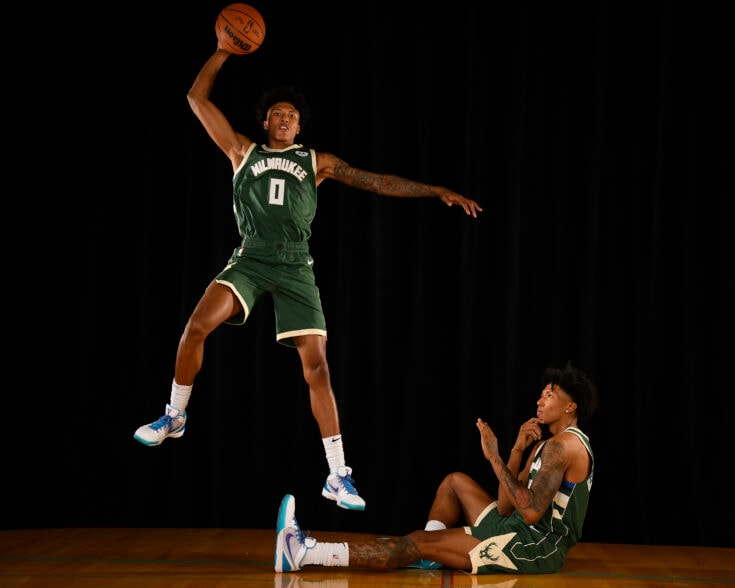 “It’s very hard to impress myself,” laughed Babineau. “When I’m impressed by what I see, the best feeling is to go and show the player. Probably at least 15-20 times this year I’ve shown the player the back of my camera and he’s been like, ‘How did you do that?’ or ‘I’ve never seen anything like it.’

“We now live in a world where social media and posting your picture is everything. It’s very cool for me to be able to photograph them in their uniform for the first time as a rookie. This is a whole new world for them and it must be incredibly exciting.” 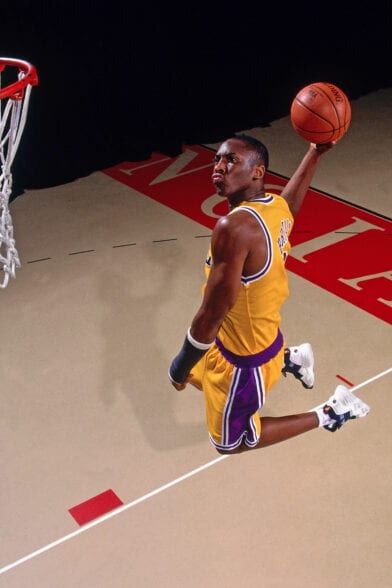 Babineau, Amati and Seitel all have their own special memories with players from the various rookie shoots they have under their belts. Amati recalls a particular memory he had shooting Kobe Bryant in 1996.

“Kobe broke his wrist on the shoot, so in most of the photos where he’s jumping, you can see his black glow even though we tried to hide it,” Amati said.

Babineau said some of his favorite recent memories are filming Zion Williamson in 2019 and Jayson Tatum in 2017.

“Zion was great – I couldn’t believe how big and fast he was,” he said. “And when I photographed Jayson Tatum as a rookie, I knew right away that he was going to be a pro.”

With Summer League and Media Day wrapped up, it’s time for the rookies to officially kick off their first NBA season and Amati can’t wait to see who will stand out.

“I like to look around the room and ask myself, ‘Who is the guy we miss?’ I remember Tony Parker. I remember Manu Ginobili. I remember Jason Williams. They’re Breakout Hall of Famers that were originally an afterthought,” Amati said. “The beauty of it is that we have these amazing photos of all the players that live on forever with the archive.”