Having trouble getting more out of your photography? Maybe the answer is to do less.

I’m a big fan of podcasts. Maybe too strong. In fact, one of the sad facts of math is that there simply aren’t enough hours in the day to listen to everything that’s on offer. Not that I’m just listening to pass the time. Rather, I’m one of those people who love to learn things. Everything really. And I find the lengthy podcast format to be a great way to really get into the basics of a topic and provide proper context to make it applicable to the real world.

Other times, podcasts are less informative and thought-provoking. Whether or not that was the intention of the podcast is another story. But often I’ll listen and something the presenter will say will take my brain in a different direction and inspire me to look at things from a different angle. This happened twice this weekend. Once while listening to a thematic discussion about the film Everything everywhere at once on the cinema of meaning podcast. Then again, a few days later, while listening to Shankar Vedantam’s social science podcast Hidden Brain.

I won’t bore you with all the details. I encourage you to try them out for a good listen. But both episodes touched on the more universal idea of ​​consumerism and the human tendency to always want more. Do you feel unfulfilled? More money must be the answer. Not getting the recording you want? More gear must be the answer. Whatever may be troubling us, the answer we come up with always seems to be some form of complementation.

I’ll give you an example from the Hidden Brain Podcast. Fair warning, I’ll butcher the details. I’m not a neurologist or someone with a photographic memory, but here’s the gist. An architect conducted an experiment. He tried to build houses more efficiently and cheaply while providing more stability and cooling. To solve the problem, he hired a top-notch crew of designers to come up with solutions to the problem. His intention is to select the best. But due to the demands of the project, any designers he hired had trouble coming back with a design that would improve on the original without significantly increasing the cost. They added a little bit here and a little bit there. They tried different materials. They tried to expand this and that space. But nothing worked.

Then one day someone came with the answer. At first, the change in the winning idea wasn’t so obvious. In fact, the design looked very similar to the original. But it still reduced costs, increased insulation, and took less time to build. So what’s up? Simply put, instead of solid blocks, the designer had used hollow blocks for the foundation of the house. It’s as simple as that. Since the bulk of the weight loading of the blocks occurred at the edge area, the use of hollow blocks did not result in loss of stability. The hollow chamber in the middle of the blocks somehow sealed the airflow (I won’t even begin to explain that) resulting in better insulation. And by not filling in the blocks, the architect was able to significantly reduce both building materials and assembly time. Less was literally more.

However, it will be a long time before I am reasonably qualified to build a house. But it got me thinking about how we often approach problem-solving in photography. Much like the architects who build the house, our natural inclination as humans is to constantly throw more at a problem to fix it. When a shot doesn’t work, we wonder where to add light. Having trouble getting to the heart of a topic? What lens can I buy to improve my perspective? Whatever the problem, it could certainly be easily solved if only we had more resources at our disposal.

But like the house example, we so often overlook the obvious. Sure, addition could be the answer to our current dilemma. But rarely do we think about doing less. And sometimes, choosing to do less can be the key to overcoming even our biggest obstacles. 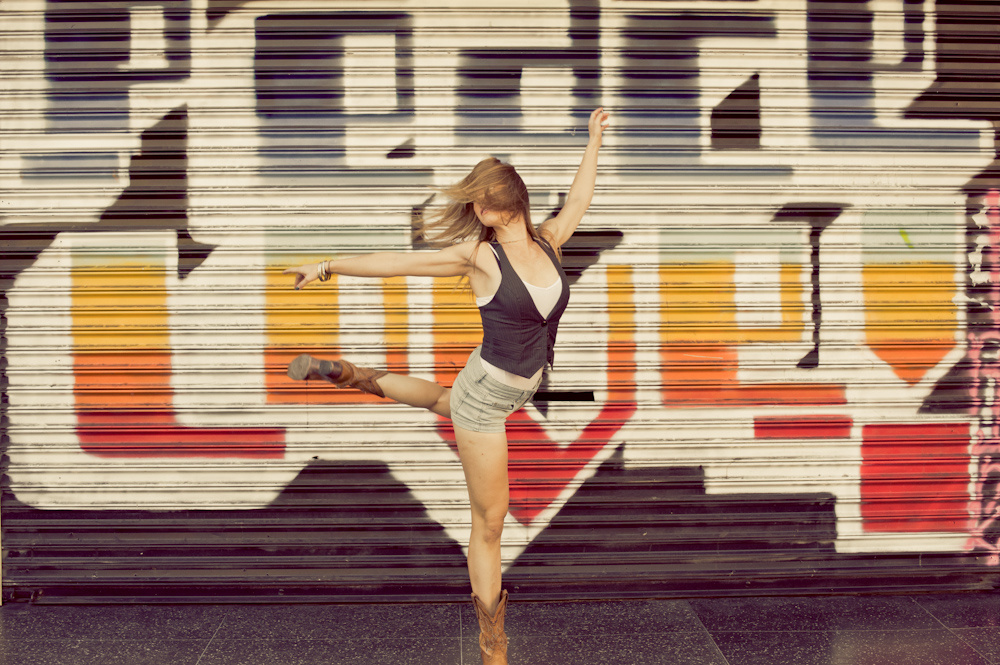 It may not have been obvious, but so many of the positive events of my own career are the result of takings, not additions. For example, the first major series of awards I won was for a dance project I did years ago in and around Los Angeles. Although I was still early in my career, gear-wise, I already had more than enough tools in my arsenal to play with. I still didn’t know how to use all these tools properly. But that’s a story for another day.

For this particular project, I photographed dancers across the city in various situations. I wanted to keep things super simple and super fluid. Creatively, I wanted to eliminate all distractions. Logistically, I had to make do with less for the sake of practicality. I didn’t have the budget to rent or do elaborate sets. I didn’t have the resources to install lights across the city. So I decided to take a natural light approach and focus on a single lens. Just one lens. A good value 50mm plastic fantastic. Armed with nothing but a Nikon D700, a 50mm f/1.4 and a group of willing subjects, I set out and created an entire series over several weeks and in several locations. The series was shown nationally, won multiple awards, and launched me into a whole new phase of my career.

It’s been a while since this series and I’ve gone through several career transformations like this in the years since, but the lesson stuck. You can achieve a lot with little. And just because you don’t have the money to cordon off part of town or shoot with the most expensive equipment doesn’t mean you can’t create art. In fact, being limited to one focal length and limiting my lighting options wasn’t an obstacle, it was a huge advantage for the production. Instead of focusing on the technology, I was able to really focus on connecting with my subjects and thinking about what’s in the frame, rather than the tools I used to create the frame. The end result might not have been as polished as I could have achieved with an entire grip truck at my disposal, but the simplicity of the setup resulted in something far more honest than I might otherwise have achieved.

This is of course just an example from my own experience. But the idea of ​​adding by subtraction has much broader applications. Take the film noir for example. For the non-film buffs out there, film noir was a crime subgenre filmed primarily in the post-WWII years, characterized by a very distinct (often) black-and-white visual style, morally ambiguous protagonists, femme fatales, and great dialogue distinguished . I could write a whole series of articles about what film noir is. And what it isn’t (just being black and white doesn’t count as film noir). I encourage you to do some research. But for the purposes of this essay, let’s just say that the look of the film noir was very, very cool.

The look of film noir was so distinctive and beautiful that the genre’s aesthetic continues to influence films today, some 80 years after its inception. The amazing thing, as far as our discussion today is concerned, is that the majority of noirs were made on extremely low budgets. These were more or less quickie pot boilers that the bigger budgets of the studio’s prestige pictures couldn’t afford. So the filmmakers had to work within tight confines to get what they needed.

But instead of the tighter budgets being a disadvantage, they actually contributed to many of the qualities we associate with the genre. John Alton, the master cinematographer behind it all T men to The big station wagon, was famous for throwing these dramatic beams of light across his scenes, creating high-contrast cones of light and deep shadows. This is a look that is very genre defining. But it was largely practical. Without a huge budget, they couldn’t afford to build elaborate sets. With fairly plain settings, you need to use light and shadow to hide certain budgetary flaws and draw the audience’s attention to what you actually want to see. Likewise, the grittier and more earthbound atmosphere of film noir compared to other films of the era was often also due to the fact that the films had to be produced without significant resources. All of this could be seen as a limitation. In the most objective sense, they were. But working within those limits ended up generating a pot of gold.

We now live in a world where it is entirely possible to have everything, everywhere, at the same time. Therefore, now it’s even easier than ever to believe that the solution to all our problems is simply to add more weapons to our arsenal. It’s tempting to waste our way out of any problem. And it’s easy to think that if we can’t afford to fund our way out of troubles, all hope is lost.

But if we really step back to think about it, we can see that our limitations can be a blessing. When we are forced, or better yet, choose to work within a set of constraints, we can often more easily access the truth and focus on what matters. Focus less on the things that are just out of your reach. Spend more time focusing on maximizing what you already have. Less can be more. It’s all a matter of how you look at it.