But for a student at the University of Delaware and the City of Newark, an image can be worth a lifetime of historical preservation. 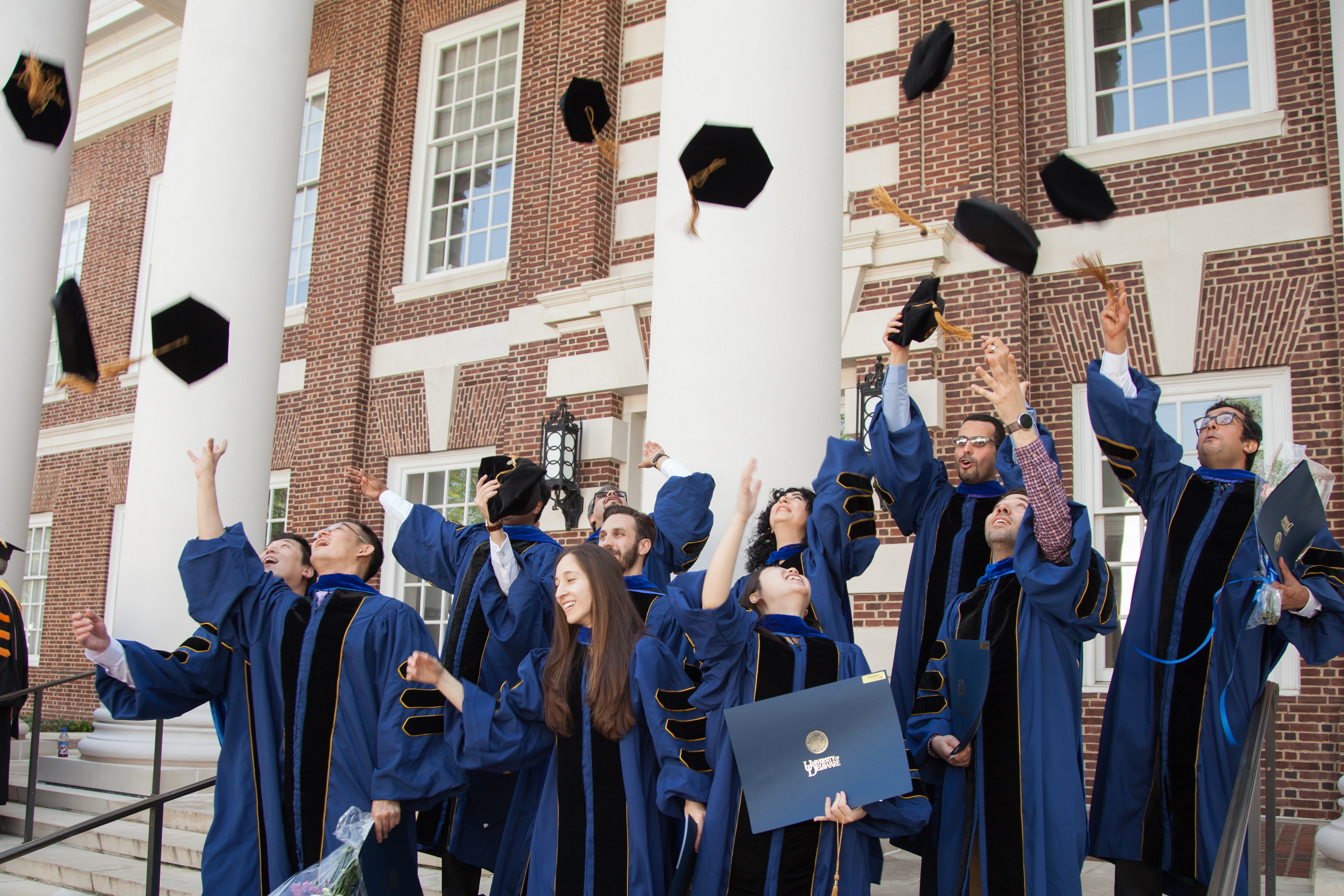 As the procession drew closer to open the University of Delaware commencement ceremonies, graduate students and faculty members shared their feelings about what the event means to them.

It was a day of triumph, rejoicing and collective relief as more than 160 students from 21 nations attended the University of Delaware’s Doctoral Hooding Convocation, held at The Green on Friday morning.

In David Ames’ Architectural Photography course, a team of undergraduate and graduate students photograph historic buildings on Main Street. They’ve teamed up with city planners to document what’s out there for surveying, designing, promoting and preserving.

On a blustery day, junior Jessica Lang and senior Marek Jaworski walked down Main Street and photographed the buildings on their list. You should focus on capturing a key detail of each building—starting at the post office and ending at the former Marine Corps Recruitment Building—and a perspective shot.

“We’re looking for things like a balcony, designs on a railing to recognize the building types and location to preserve the history of the building,” Lang said.

The class was divided into five teams of two, said Ames, professor and director of the UD Center for Historic Architecture and Design, which is part of the School of Public Policy and Administration. Each team was armed with a list of buildings to be documented, and when Old Main Street was complete, the class proceeded to East Main Street and Old Elkton Road.

“You’re having fun,” Ames said. “It’s part of the learning process. It motivates them. They know it’s more than just an exercise.”

Years ago, Ames worked with the city to help conduct a survey of Newark’s historic buildings. But the city hasn’t kept it up to date, said Ricky Nietubicz, city planner and administrator of the Downtown Newark Partnership. Ames said the technology used at the time was outdated anyway.

That year, Newark planners approached Ames to see if he would help make it all over again. Ames was willing and eager to provide a real hands-on experience for his students and chose to use Flickr as the database and storage for the photos.

By using the online photo-sharing site, the city has access to the photos at every step of the process, even before Ames’ students are finished. Photos can be manipulated, tagged, classified and quickly reviewed. They can also be shared.

On a recent afternoon, Ames and members of the class sat down to view the first round of photos. He asked if they were having fun.

Students spoke up: “Cars and people make it difficult.”

“Obstacles are difficult to photograph.”

“The season is hard; there is no exposure.”

The class is primarily a material culture photography class. The students first learned about historical architecture. Then they learned how to use their digital cameras, how to get the lighting they wanted, and how to compose their shots.

Then they learned which elements of a building are necessary for the documentation of historical buildings, usually a detail that defines the building, an elevation or a perspective photograph.

Ames went through each team’s photos with the class, listening to their experiences and how they chose the photos that ended up on the Flickr page. He gave them tips on framing, choosing a lens and dealing with perspective.

When the students talked about their photos, Nietubicz intervened. He explained that many people think most of Main Street is brick, but their photos showed otherwise. He spoke about the “new” Newark architecture, the fake chimneys added as architectural details, and the cobblestones in some new buildings.

The work of Ames’ students is invaluable, Nietubicz said. Their efforts are for preservation, but also for understanding what already exists, what elements unite the different buildings on the street, and how the development of updated guidelines may affect future historic buildings.

“We can figure out where we’re going based on where we’ve been,” he said.

The project is part of a larger Downtown Delaware program by the Delaware Economic Development Office, modeled after a similar national program. Newark has one of eight major streets in the state.

There are no “accidents” in designing a unified place, Ames said. It is often argued that redevelopment of old spaces ruins the historical character. But the upper floors are usually left untouched. Ames believes the changes reflect how the street evolves and evolves.

Many students were surprised to find the similarities between the Main Street buildings, even though they were different. The white marble and ornate floral pillars of the M&T Bank Building are reflected in the Post Office, for example.

Travis Olson, a first-year graduate student in historic preservation, said the project helped him grapple with Main Street’s buildings, which previously seemed cold to him.

Nietubicz said the project helps him step away from the buildings he sees every day.

For the students, “it’s a learning experience,” he said. “The students know what they are looking for and they have an eye for composition. They are not all from here and they have a fresh perspective, a fresh look and talent.”

Ames said the hands-on experience is “stock and trade” for people pursuing career paths in historic preservation or architectural photography.

“Our public policy mission is research and education, outreach and training for their careers,” Ames said.

Lang and Jaworski don’t think they will pursue careers in monument preservation or even photography. They both enjoyed it as a hobby, they said, and found the classes formative and exciting.

“It brings a whole new perspective on what’s cool about buildings, things that you don’t look at in detail,” Lang said. “You notice all the old buildings on Main Street that you never noticed before.”

As he helped Ames and the city with a project bigger than the class itself, Lang said, “It’s cool that he gave us that responsibility.”