From Frenchman Joseph Niépce’s first experiments in 1793 and his most successful test in 1826, photography has become an object of research and a resource for recording lived moments and places in the world. Within the broad spectrum of photographic production throughout history, architecture has often played a prominent role on the record, whether from the perspective of photography as art, document or, as has often been the case, as an instrument of cultural construction.

Architectural photography has a great autonomy as a practice and a particular debate within this subject, and has the ability to affirm a series of expressive features of the works depicted, to create tension in their relationship with the environment and, among other things, to propose specific readings of buildings or general others investigation options.

Urban photography is a branch that investigates the relationship between architecture and visual recording in an indirect way, and is very well illustrated by the photography of Eugène Atget, a character who embodies the spirit of the city flâneur and captured everyday scenes of Paris Fin de siècle. Nonetheless, it is undeniable that this type of urban scenery always reveals the features of its historical context that are of great use in understanding what the built product of the time was.

This series of works deals with an object that is par excellence the working material of architects: the city. New York—the most prominent city on the 20th-century world scene—was extensively photographed by Berenice Abbott, who in the 1930s, inspired by Atget, produced photos that tell of the dynamism, buildings, design, and currents of the greatest American City. 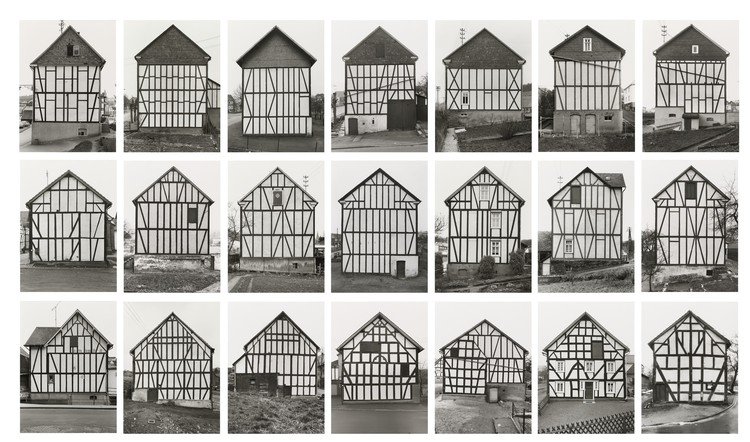 In the field of architecture, the 20th century was marked above all by the designs and debates of modern architects. Always striving to establish a practice centered on the construction of a discourse, it was common for them to team up with photographers to have their works recorded. In addition, the beginning of the century was marked by an intense development of architectural journals, which further encouraged the movement to record the works of the period.

For these architects, design as a manifesto was a fundamental part of their work, so photos of their buildings should be reconciled with their discourse. Some notable examples of these relationships include architects Le Corbusier and Lucien Hervé, Walter Gropius and photographer T. Lux Feininger (Bauhaus), Frank Lloyd Wright and photographers Henry Fuermann and Pedro E. Guerrero, and Richard Neutra and Julius Shulman. The latter was also one of the key contributors to one of the largest architectural visual culture publishing initiatives, the case study housesponsored by the American magazine Arts & Architecture, from 1945 to 1966.

Alongside these examples, it is worth mentioning the role of Ezra Stoller, whose photography itself was a manifestation of the architectural characteristics of the time: elegant, simple, clean and direct. During his professional life, his work was so recognized that his name became a verb and his building had stollerized, that is, shot by him, had great value. He worked to incorporate the works of great architects such as Frank Lloyd Wright, Louis Khan and Philip Johnson.

The debate about the concept of space has repeatedly been the subject of discussions within the art universe. In architecture it is evident that this is one of the central themes of the field, and at the limit of the confrontation of architecture and photography as art, space was the site of experimentation.

As a theme common to both activities, thinking about the photography of space as part of what can be read as architectural photography means giving the term a prominent and conceptual place in design practice. In it, several photo experiments can be seen that deal with the space. It is the case of the German photographer Michael Wesely, who creates images using the technique of ultra long exposure, bringing movement and dynamism to a subjective reading of architecture and landscape from images that can take years to complete. One of his recent projects Camera Abertais the record of the construction of the Instituto Moreira Salles in Sao Paulo, taken with six cameras that have been recording images of the construction site for three years.

Another initiative that represents a kind of photography that deals with volumes, not necessarily architectural but always inserted in space, is the work of the couple Hilla and Bernd Becher, widely known for their photo series of industrial typologies, buildings and constructions Structures such as silos and water tanks were almost always organized in symmetrical grids. Although located in the field of conceptual photography, the Bechers often evoke an approach in their work that questions the depicted object and its surroundings.

These three moments where photography and architecture intersect in history are not limited by the work shown here, but reach out to the work of many other relevant professionals in both fields; Nor do they attempt to define a linear overview in the history of architectural photography. They represent a specific – and succinct – fragment that aims to represent the multitude of possible approaches in this intersection of fields, the result of which can only be an enrichment of both architecture and photography.