A surprising omission and a sudden need to fill a void led me to an important revelation.

what is a photo Is it a collection of ones and zeros that make up a digital image? Is it a reaction of chemicals settling to reveal an artist’s vision through light and shadow? Or is it just a product? A way to make money by monetizing the needs of the market.

Last week I had a unique opportunity. A lifelong dream came true that I never really expected to come true. It took place in a studio but for once had no relation to photography. At least not in the way you would expect in my job.

To any of you who read my column regularly, or to any stranger who talks to me on a street corner for more than five minutes, it will come as no surprise that my first love is the movies. My career as a commercial photographer and director actually grew out of an early career as a screenwriter and filmmaker.

When I was just starting out in my profession, my first step was to learn as much as I could from the legendary filmmakers before me. Billy Wilder, Preston Sturgess, John Alton, Buster Keaton, William Wyler… the list goes on. Titans from Hollywood’s Golden Age who set the template for a burgeoning industry and would set the quality standards in cinema for decades to come.

Luckily I live in a time that also offers one of the best single resources a growing filmmaker can have, Turner Classic Movies. For those outside of the United States who don’t have access to our cable channels, TCM offers essentially 24 hours of uninterrupted, uncut, great movies from across Hollywood history. Each film is usually accompanied by a three-minute intro and a one- or two-minute outro by a TCM host, giving you the film’s backstory and some historical context. As a filmmaker and history buff, TCM is my happy place in every way.

Why am I telling you all this? Well, last week I was flown to Atlanta to be interviewed for a feature about TCM that will be aired as part of the 25th anniversary celebrations in April. How it all came about is a bit of a whirlwind. The channel asked ordinary people to submit videos to dedicate films to people in their lives who meant the most to them. I made a video dedication to my mom. I didn’t really expect to be chosen, but I saw the heartfelt video as a way to tell my mom how much our time together meant to me, without directly telling her how much she meant to me. It’s funny how far we sometimes go to avoid expressing our feelings directly. But that is a subject for another essay.

Lo and behold my submission was accepted and suddenly I found myself in a limousine on my way to Turner Studios on what turned out to be three of the most memorable days of my life. 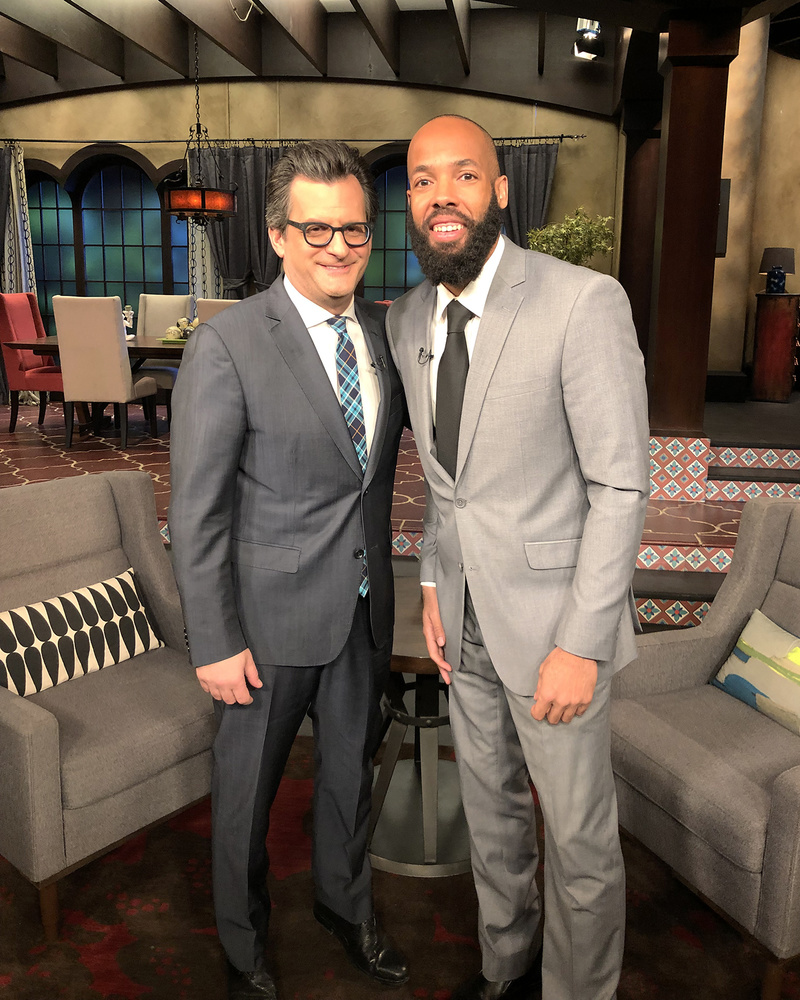 But just before I got on that plane, I realized I had a problem. Logically, since the segment was dedicated to my mother, the network asked me to send them a photo of my mother and I together. Easy enough right? Well, as I suddenly realized as I sifted through the literal millions of images in my collection, in my well over four decades on this earth, there is only one (1) image of my mother and I together.

How is this possible, you might ask. I asked the same question. True, my mother’s skill and dedication to avoiding cameras is something of an urban legend, but how on earth did this oversight last so long without being addressed?

There were pictures of the whole family. There were many pictures I took of my mother when she couldn’t move fast enough to avoid me. But the only picture that existed of just the two of us together was an impromptu arm’s length selfie taken on a trip to Alaska with random tourists in the background, bobbing all too close to the edge of some rather icy-looking body of water. 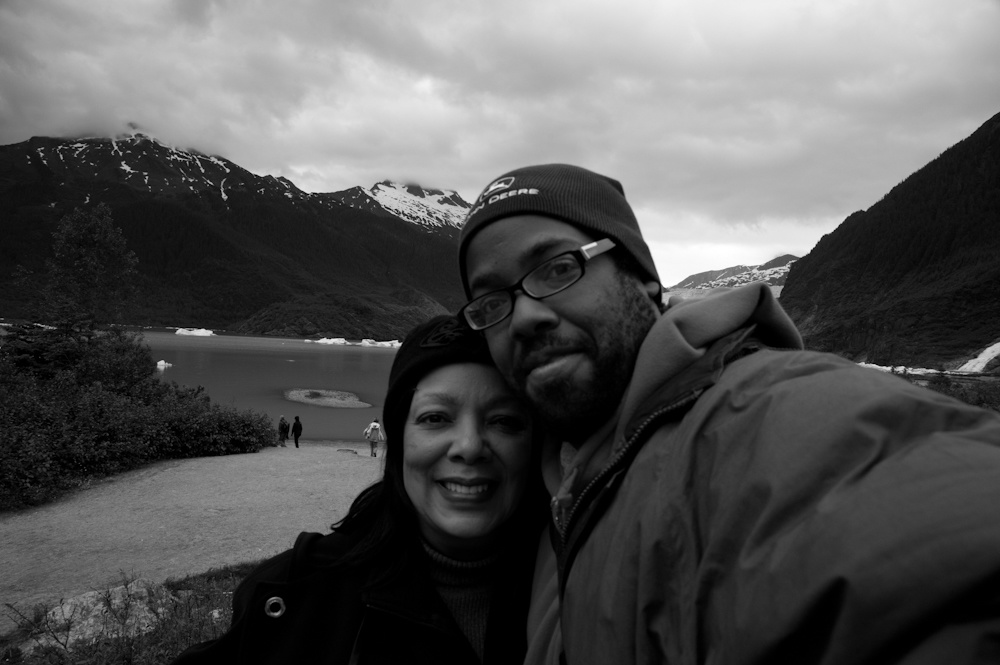 In the immensity of the moment, I went to my mother and asked her to finally sit down with me for a portrait. There would never be a better moment. After all, it was likely that it would be televised. I’m sure she would want it to be a better picture than the lonely vacation snap there is. To be honest, our Alaskan photo isn’t all that bad, but I leaned heavily into the new photo angle as I saw it as my best chance of getting her to say yes.

Like a big star showing up for an editorial shoot where five minutes becomes three and the subject is given full refusal rights, I hastily set up my Fuji XT3 with a 50mm f2 lens fully open. I set up my tripod, set the self-timer, and jumped forward next to my mom, hoping for the best. 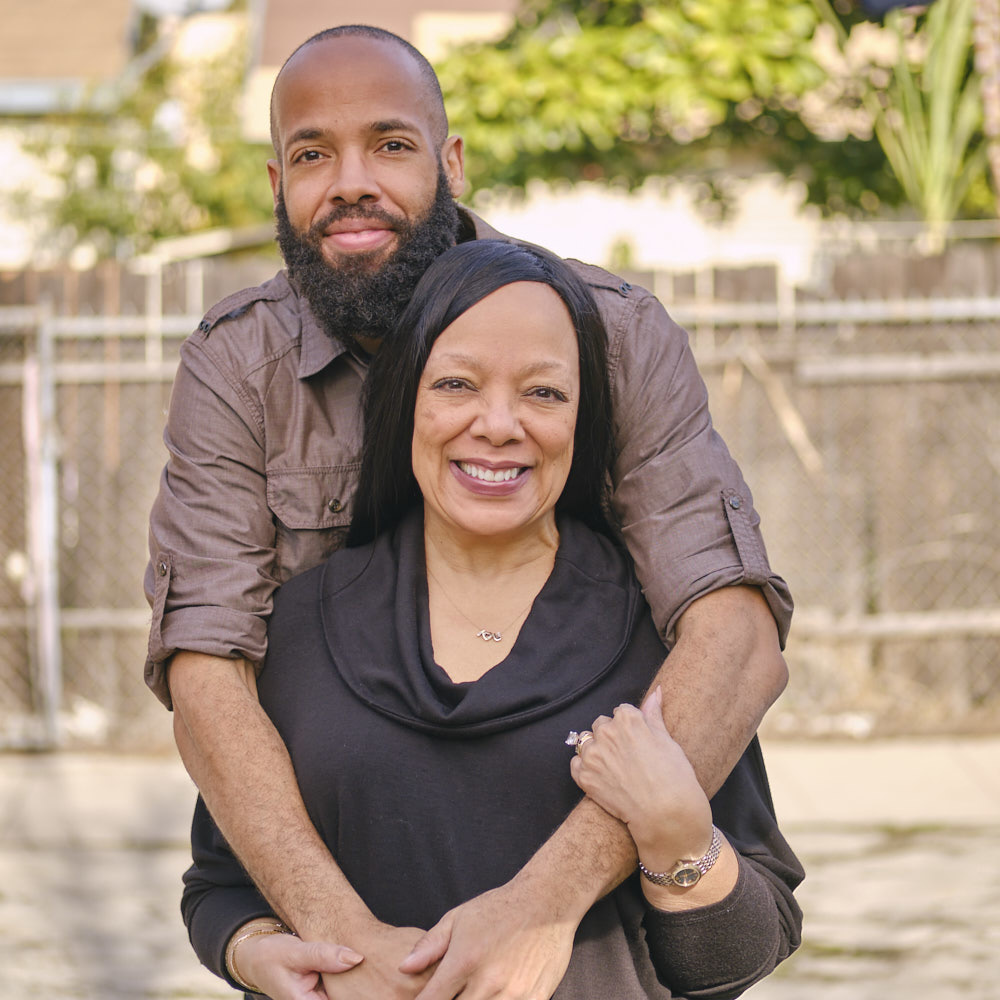 I am very happy with the photos. But more importantly, I am very fortunate to now have a record of both the moment and this person who has meant so much to me in my life. If she hadn’t taught me to take risks, I wouldn’t have been into TCM at all. He probably would never have become a photographer. And I can see very well that I lead a completely different life.

So back to the original question. what is a photo Well, it’s a memory. It’s a moment that only you will have experienced. It’s a chance to capture on film the essence of a life that will live on long after each of us has left this earth.

I am pleased that not only will I now have more opportunities to show on television, but that my children, grandchildren and great-great-great-grandchildren will have a record of this special woman who once occupied this country and her beloved son She.

It’s a reminder that even when we work professionally, our jobs are more than just creating interesting ways of combining ones and zeros to create an image. Our job is to create memories that will last for years to come.